It’s so funny how perfectionism can sneak into our day, even for those of us who wouldn’t typically call ourselves “perfectionists.” Usually I catch it — this time, it snuck right by me.

Someone I admire asked me to write a testimonial for the back cover of her book. After reading it, I made a mental note to write up a quote. Then I lost the book. Then I forgot about the book. Then I found it again, piled under some other books on my shelf, whacked myself in the forehead and thought, “I’ve got to write that testimonial… just as soon as I have time.”

Already, two sneaky little guides of perfectionism had snuck in.

Guise number one – By accidentally “losing” the book, I didn’t have to worry about writing the perfect testimonial.
Guise number two – By telling myself I’d write it when “I had the time,” I was in effect telling myself there wouldn’t be time anytime soon.

A week later, I still hadn’t done it. As this “to-do” began to haunt me more, the pain of not doing it finally overcame my perceived pain of doing it. So I sat down and in five minutes, literally, it was finished. The author read it and thanked me for writing something so, dare I say it, perfect.

I had to laugh. All that angst – for five minutes of writing?

Perfectionism had snuck in and convinced me that I needed to write a really great testimonial. That’s fine to want to do something well. But the erroneous belief that sidled in along with that thought was that in order to do it well, it would take effort. It would take time. Maybe even a few drops of blood. And after all that, it still might not be good.

As it ended up, it took none of the above. I simply had believed my erroneous thoughts — and fallen for the guises.

Discover your own Pearls: When does your wanting to do something “perfectly” sometimes prevent you from doing it at all? Does your perfectionism ever show up as procrastination? What is the cost?

Carolyn Scarborough is an award-winning writing/creativity coach, author and mentor who clears the path back to your creative essence and what matters most. She dissolves blocks and reconnects people to their authentic voice, purpose and happiness through deep, intuitive listening. To see upcoming events, go here, or for an overview of services, go here.

You may reprint the featured article, in its entirety, by including the byline above and a link to Carolyn's website. www.carolynscarborough.com 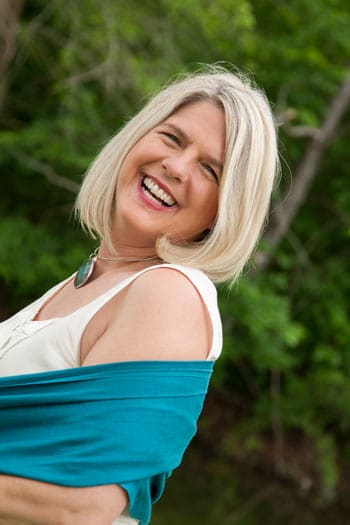 Hi, I’m Carolyn. My purpose here is to rekindle your creative soul and inspire you to live the life of depth, imagination and creative expression that you’ve always wanted. Join me on this adventure!

Get your free Ebook:
Simple Ways to Rekindle your Creative Soul

All of us lose touch with ourselves and our creative mojo at times. In this beautiful Ebook, you’ll find gentle, yet powerful ways to re-awaken creativity so we can write our books, re-imagine our lives or simply tap into our full aliveness no matter what we are doing.